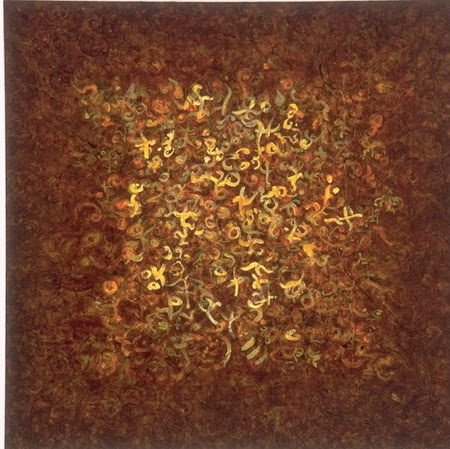 In the last post I addressed my New Year determination to empower women with writing and coaching circles. So here is all the exciting info!

Women Write Now! is the name of my teaching designed to empower women writers. It doesn’t matter if you have always wanted to write but never actually did it, or if you are a closet writer, or if you are self-defined writer (published or unpublished). We are all self-defined writers. What I envision are small groups of writers who can both learn from each other and teach each other.
If you feel something stirring inside you, contact me (10 530-4182) and let’s talk about the inner voice that is yearning for expression. The classes will be held in six-week segments, and will be no larger than 5 participants. It might be a way to start a project, or focus on an ongoing piece of work, or just a fresh beginning.
I plan to fashion each class according to the needs of people who register. So that if each person is working on a different type of project, we will look at the aspects of writing that are common to all: organization, point of view, and voice, for example. Or you may want to register for a class that has a focused topic, such as memoir, writing for transformation (from loss, illness, divorce, etc.), writing travel stories or food reviews.
I will be teacher and coach. Registration will include one personal coaching session.

Women’s Coaching Circles
If you read this blog regularly you know that in 2013 I invited a small number of women to gather as a type of personal focus group. I wanted to learn more about what women needed, and how to coach in that format. I expected the group to meet once. To my delight, at the end of the evening they asked when they could meet again. Eventually, they agreed to meet every six weeks, and they are still together. The success of this group and the joy of the group coaching experience inspired me to announce the development of a second group.
I facilitate the group, and usually prepare a topic or exercise that allows each woman to reflect on her issues or life situation through that lens. Participants really look forward to their time together. The group is a support and sounding board. The experience is out of the ordinary. It is a meaningful meeting of hearts and minds. As there are no more than 6 members, each person gets a chance to share. Because of the exercises, there's no pressure to come with something on your mind. The process is a catalyst for thought and relaxation.
For details and prices phone me at 510 530-4182.

"I’m impressed by the highly skilled ways that Adriana helps her clients and students discover their own inner beauty, strength and joy through the creative process."
Harriet Tubman Wright, MS, MA
Phenomenal Life Coach and Author

A Personal Challenge for the New Year

Happy New Year! We have all made it through the holidays with their inevitable highs and lows. Let’s give ourselves credit for surviving and surfacing into the challenges and rewards of non-holiday life. January greets us with questions and quizzical expressions in the mirror. ‘Well, what you will accomplish THIS year?’ ‘What new leaf are you going to turn?’ ‘What goals will you take on?’ It’s a little like graduating high school again, with that inner parent cross-examining your intentions for life, except now I put myself under the microscope and ask the intimidating questions. There are certainly lots of things I could do better this year, and I know that I’ll only stick to promises that come from my heart, from my true affections and my honest desires to make life better, and not just my life better. When I looked within during the first week of this year, I saw something festering. I started some things last year, some were just ideas, but both of them came from a hope to make the world better in some way with regards to the life of women on planet Earth.
There are certain inequities of the human condition that gather a black moss as they come rolling at us with lethal velocity. When they hit, there’s no more turning away, no more staying quiet. We are, paradoxically, both dazed and more awake because of their impact. The thing that hit me in the latter part of 2013 was the increasing news reports regarding violence and discrimination toward girls and women around the world. Sadly, rampant denigration and violence against the female of our species is an integral part of human history, but in this world of modern technology and medical breakthroughs, we find such brutality hard to comprehend. I believe in evolution, but the unflagging and blatant misogyny in the world belittles our whole species, and teaches abusive behavior to boys and men in an age when we’d like to think it would otherwise die off. It’s no wonder the world praises the courage of a young woman to stand up to the Taliban, and therefore, all forces that target women. Malala Yousafzai has the determination and dignity of a warrior queen, and has therefore become a symbol and an international female voice.
One evening, while thinking about my New Year goals and the ideas I’d started to consider in 2013, I saw Malala on a world news broadcast. Suddenly she wasn’t just on the television, and she wasn’t just a girl representing her own country. I saw Malala as a force in my world, asking me what impact her story has on me. My outrage isn’t just for what happened to her, it is an outrage for what all women face: the threat of violence and rape, the possibility of domestic violence, the hatred and derision cast through votes in every government that denies a woman the right to share in the autonomy assured to men. As a teacher and a coach I’ve always worked to broaden the health, knowledge, and creative freedom of every student and client. So, I asked myself, what more can I do, especially for women, in 2014?
First, I decided not to work so much in the one-on-one format of life coaching in 2014. Instead I will focus on expanding the strength and breadth of women’s lives and voices through two formats: women’s coaching circles, and women’s writing classes. This doesn’t mean I won’t work with men if they come to me. I enjoy working with men, especially those seeking to expand their spiritual depths and a fulfilling life. Nevertheless, in 2014 I want to cultivate and strengthen the women. Our issues are often more subtle than the news-getting dramas, but life demands courage, and we are stronger in numbers. Our written voice, especially, can echo around the world.
Watch the next post for details!

About the drawing with today's post: I call it "The Creative Process". If you wander from one part of the drawing to another, you will see possibilities, influences, heart, thought, intuition, and the moment before something takes shape. It might be written, musical, graphic, it is all becoming.

Posted by Adriana Díaz at 1:01 PM No comments: