The Day of Greatest Darkness 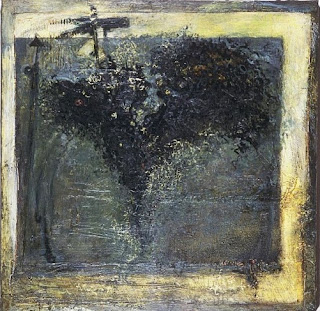 It is the Winter Solstice, the longest day and longest night of the year.
Preparing for a painting class a few weeks ago, I thought about winter darkness as I think about darkness in painting, and the word chiaroscuro was my immediate association. Chiaroscuro is an Italian word meaning light and darkness. In class some weeks before we had talked about the work of a Renaissance genius whose work could be considered the mastery of chiaroscuro. That young painter was Caravaggio. If you’re familiar with Caravaggio’s paintings, you already have a reference treasury in your head. If you don’t know of Caravaggio, I give him to you as a holiday gift. The discovery of his work can be both intellectually and aesthetically exhilarating. I find them also to be spiritually unmatched in their ability to pull me into the emotions, moods, textures, and sentiments of the Christian story. Caravaggio painted the cast of Christ’s story as common, accessible people. But his ability to create darkness that stood equally as fascinating as his bright figures was, I think, the key to his genius.
So in painting class, we talked about this season of winter, with all its holidays, as the time to study the meaning of darkness in life, and therefore, in art. In my own practice, I have learned that darkening the contrast in a drawing or painting has the power to give it new meaning and impact.
It is the same in writing. A good example is the character of Boo Radley in Harper Lee’s To Kill A Mockingbird. He is darkness. Not evil, but the unknown, the imagined threat. In the film of the same name, there is a powerful night scene toward the end of the movie when an open door slowly closes revealing in its shadow, the silent figure of Boo Radley who’d been hiding in the shadow. As a reader the slightest inference of Boo’s presence awakens the fear of an unseen or unseeable threat. It is an archetype that attaches itself to characters in film and literature.
There are only a handful of painters who master chiaroscuro with such dramatic impact as Caravaggio. Goya, Rembrandt, Hopper, to name a few. But for this writing, anyway, I refer you to the work of Caravaggio and invite you to spend time in his shadows.
It’s possible that the reason he painted shadow as he did was due to the way he lived his life. He was always on the wrong side of the law. We might say he was a magnet for a fight or petty crime. Living a street life, shadows were important places. Places to hide in. Places to distrust. The darkness was alive for Caravaggio, who died from a knife wound in his thirties.
Tonight is Winter Solstice. Think about your relationship to darkness, about the contrasts in your life. How do you relate to darkness? Are you a night person? If you’re a morning person, try staying up later than usual to experience the darkness of night. How would you describe it? What are the potential qualities of darkness? Once you have explored your feelings with thought or writing, ask yourself how you can pull the power of darkness into your work. After all, the reason our holidays celebrate the light in winter is because it signifies surviving the darkness of winter.
Happy Holidays
Painting above:  "Dark Tracing", Adriana Daz, Acrylic, Mixed Media on Canvas 36" x36"

Posted by Adriana Díaz at 5:23 PM No comments: