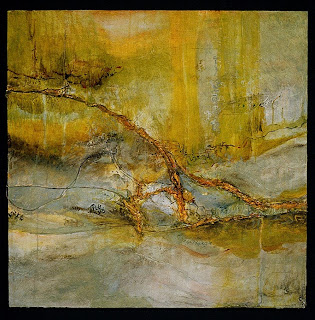 Before East Bay Open Studios 2015, I posted a short essay in LinkedIn about the preparation that goes into those events. So now, I thought I should try to give another glimpse at what happens after Open Studios.
The thing is, while the aftermath has some commonalities, variations are far greater. For example, a person who sold well, might have a sense of self-esteem, and even euphoria. Putting everything away, reorganizing work and materials is an opportunity to remember the events with pleasure. However, a person who sold nothing is fraught with questions. What could I have done better? Marketing? Location? Better image in the catalog? Not enough people reached? Then there are the deeper questions about the work itself. That is a deeply personal odyssey that leads an artist to the mirror, if only symbolically speaking.
We have to be honest about the variety of art forms available during Open Studio Events. There are decorative arts, utilitarian arts, and then that thing that is called “fine art”. Fine Art exists for itself, and may intend to stir the soul and/or intellect. That type of art is difficult to sell; harder to sell than a bar of chocolate, though the two can sometimes deliver the same experience. My work is in that bracket.
So from my perspective, Open Studios is always a financial gamble. But it is also a mental, even a spiritual, gamble. Once a lady who’d been standing silently looking at one of my paintings with her husband, came right up to it. I wondered if she was going to ask me to explain a certain section, or comment on the emotion it had stirred. Instead, she opened her purse and pulled out a piece of fabric and held it next to the painting. “Whaddaya think?” she asked her husband. He squinted his eyes and opened his mouth (as if both gestures helped him to see better). “Gnah,” he said slowly, “I don’t think it’s gonna do.” She shrugged, put the fabric back into her purse, and joined him on his way to the next exhibitor.
I’ve often asked myself what I’d have done if the painting had matched the sofa. Would I have sold it to them? I still don’t know the answer for sure, but I’d like to think I would not. If I were to do such a thing, I imagine myself laying awake at night like a parent who has sent their child off to military school. What was I thinking? How could I have done that? How can I get him back?
Since the fabric-in-the-purse lady I have toughened up a lot. I’m ready for anything and nothing, and I get both. Before caring about whether or not someone is going to buy my work, honestly, I hope that there is some unspoken or ineffable transmission of humanness. I know that it may not be what I intended, if I intended something, but I do hope for communication of a meta-message, or some type of transcendent experience; something beyond thought, maybe even beyond chocolate.
When I came home after two weekends sitting in a beautiful garage waiting to engage with strangers in front of pieces of my work for seven hours a day, feeling pretty tired. I hadn’t sold anything, so I could have felt depressed. But as I said, I’m tougher than that now, so I felt philosophical. I am certain about my work, certain that it is genuine and provocative and mysterious. I reflected on the interactions I’d had, and a number of them had been delightful and interesting. I was pleased to have younger artists ask about materials, and I was moved by adults who looked deeply at the work and walked away nodding their head. “Nice work,” is all I had to hear from them.
But this week the Open Studios experience continued to evolve when I got a phone call from a young woman who’d seen a photo of a piece in one of my portfolios, and expressed an interest in seeing the real thing. “Sure,” I said, “give me a call and you can come to the studio.” Honestly, I didn’t count on hearing from her again (people say a lot of things they don’t mean). So when she called, I was very impressed. And today, as I swept the studio floor in preparation for her visit, I told myself not to get my hopes up because though the presence of a piece usually delivers more than its photo, it’s possible the piece will look completely different from the image she went away with. She may not get the same feeling she got from the photo.
So the hour came, and she walked in. The piece was on the easel, and I watched her face. Big, beautiful smile. “Oh,” she said, “it’s even better than the photo.” I took a deep breath, and allowed myself to enjoy watching a person receive that transcendent je ne sais quoi. She described a bit about the feeling it gave her, and why it was so significant at this moment in her life. It was the thing one hopes for: a meeting of the art, the artist, and the viewer at a deeply conscious oasis of being.
Now this might surprise you: what made the sale sweeter was that she didn’t have a job, and she didn’t have the money. But the piece was so important to her that she hoped she could buy it in payments. When a person stretches financially to own your work, you know you’ve found it a good home. Fifty dollars a month may not make a big addition to my income, but I know I will sleep very well.