After finishing another line edit of my 401-page novel manuscript, I emailed a friend to share the sense of celebration. I’ve lost count of how many times I’ve reread and edited that manuscript, and she’s heard me celebrate every time. She’s listened to years of struggle and hard work on this novel, so it’s no wonder that her reply had a certain amount of wonderment. “I can't get over the patience and discipline you have to have throughout this process!  Yikes.  How are you able to do this with fresh eyes???” It was a very good question, and it made me realize something important about The Inner Critic.
Whether I’m painting or writing, I inevitably come to moments in the creative process when I have to evaluate what I’m doing before I can go further. At those times, a serious artist has to be demanding. I’ve learned when a text needs to be improved. I know when I need to risk pushing an image or a surface beyond a comfort zone. I also know when I’m being lazy (if I’m honest with myself, I can hear a little voice in my head say, “I’m tired, that’s good enough”). To create a body of work I can feel proud of, I have to stand up to a level of scrutiny within myself that equals the keen eye of a real critic. That is the time when I put “the inner critic” to work.
I’m not talking about unleashing the demeaning echo of someone from my past. The working inner critic needs to be an educated and honest evaluator. The Inner Critic I’m talking about has to be part of the  ‘higher self’. It is the voice that challenges me to raise the level of my work.
Athletes exhibit that type of “inner critic” when they push themselves beyond past accomplishments. Often in sports, the coach plays the role of Inner Critic. In fact, a good coach can command a high salary because s/he has integrity and a reputation for being fair, tough, and knowledgeable. Even if s/he is harsh and pushy, it’s understood that their demands are for the good of the athlete and the team. The paradox of that role is this: The voice I’m talking about nags you out of a belief in your abilities, not out of a need to belittle or dissuade you.
So, how does an Inner Critic develop integrity? It will only have as much integrity as you give it. A good inner critic needs to be educated and cultivated. If you are a visual artist, study art history, attend gallery and museum exhibitions, and build a community of artists with whom you can develop a dialog about the work. If you’re a musician, listen to other musicians, attend concerts, and read a lot of music reviews. If you’re a writer, read a wide range of authors, write every day, and again, build a dialog in community with other writers. Attend classes and lectures. Read current critical thought in your field. It is every individual’s responsibility to educate the critic within. Only when you’ve done your homework, can you trust that inner voice.
A constructive inner critic does not say “I like that” or “I don’t like that”. If that’s all you’re hearing, it is a voice of ignorance and judgment, and it’s probably someone’s non-productive voice from the past. Let your Inner Critic ask you questions. This is where my coach training and my work as an artist come together (for myself and for clients): both depend on asking good questions. A good question provokes thought, inspires risk-taking, and engages the dynamics of the creative process.
Success in the arts and in sports is the result of perseverance. Let your “inner critic” become an asset, and you’ll drown out all the foreign critics that slow you down.
Posted by Adriana Díaz at 2:08 PM No comments: 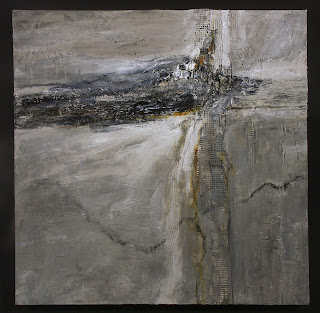 As I watched the second inauguration ceremonies for President Obama, I thought about the significance of the ceremony. When a sitting president is re-elected, we don’t just say, ‘oh yeah, you can keep your job for another four years’. Instead, we go through enormous planning and cost to mark the ‘re-beginning’. The ritual of the second inauguration calls on the person in office to recommit, and restate the goals and intentions set for the next term.
Those of you who have read my blog, or who’ve been my coaching clients, probably know where I’m going with this. Yes, I’m asking you what are you ready to recommit to in your life? You are stepping into your future, too. I know that you may have just set resolutions for the New Year (are you still holding to them?), but I am talking about your long term intentions in life.
Resolutions are often symptoms of intentions. If, for example, I say that I resolve to eat less saturated fats this year, my long term intention is to live a long and enjoyable life. I want to be energetic and optimistic for as long as I live, and I know that my health will be at the core of that optimism. So if you did make resolutions, look at them now in a new light. What does your resolution mean about your long-term intentions? What are you really committing to?
Listening to the President’s speech I thought about the courage he exemplifies in making his intentions public. I know they are political agenda items and that he doesn’t carry them alone, nevertheless, when I thought of making such a declaration just for my own life, I got a queasy feeling in the pit of my stomach. That feeling made me realize the reason for a second inauguration, and the power of personal declaration. I also knew I wanted to blog about this, and yet that queasy feeling got worse when I thought about it. I didn’t want to look into the next four years and name the things I’m willing to fight for. I’m a progressive liberal, I said, I will support the President in his work toward more effective gun control, equal marriage under the law, women’s rights to control their bodies, and the necessary steps toward wise planetary decisions. Gee, that was easy. I didn’t get any feeling in my gut. So now, what will I commit to in my own life? And why should I tell anyone else about that commitment?
(Ah, the queasiness begins.)
The question arises: What if I don’t do it? I could lose face. I could feel failure.
Then I felt in my bones one of the most powerful aspects of coaching: accountability. In making that Inaugural speech, the President holds himself accountable to all of us, just as he did in the First Inaugural Address. And during the campaign people held him to his stated intentions. (You promised us jobs and I’m still out of work.) So that campaign was a time for him to acknowledge that he didn’t accomplish all his intended goals. But that didn’t stop him from committing again, and starting again. If he can do that on such a grand scale, I guess we can do it in the intimate corners of our life.
So, it is my intention to re-commit myself to the dream of creating and supporting myself comfortably as a writer, artist, and life coach. I recognize that others may look at me and say, ‘of course’. But only I know what a hard decision that is. Only I know the fear of stretching money at the end of the month, or the vulnerability I endure by using a credit card to pay for supplies or marketing services. Only I know how much scarier it gets to still be struggling as age creeps up. But all that makes my declaration stronger and more powerful.
Each of you who reads this will increase the strength of my inaugural declaration, so I thank you for that. If any one wants to write and make your declaration to me, I’ll be happy to receive it.

Posted by Adriana Díaz at 12:15 PM No comments: