Did you know that The United States of America was the first country in the history of the world to mention happiness in its foundational constitutional declaration? I discovered that in a fascinating book called An Intimate History of Humanity by Theodore Zeldin. (I highly recommend it.)
So how does a foundational promise of happiness effect or contribute to the American character? More importantly, how does it contribute to your character, or mine? We Americans live as though happiness were a birth right, but in actuality, only the pursuit of happiness is laid down in our Preamble. The pursuit of happiness may make us miserable, but we hold the idea of happiness as a panacea, a state of bliss, usually just beyond our reach. It is the eternal sweet carrot always around the next corner. The phrase “happily ever after” was tattooed into our psyches from an early age, so understanding what happiness really is requires some serious thought. 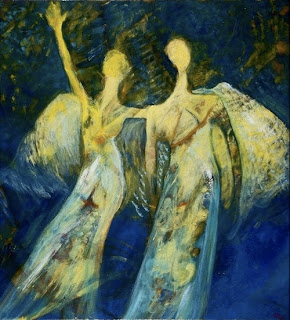 Recently I came upon an essay entitled What is a good life? in the end pages of The Week magazine (2-22-2013). In it, Emily Efsahani Smith reflects on the life and work of psychiatrist and Holocaust survivor, Dr. Victor Frankl, author of Man’s Search for Meaning. I made copies of the essay and sent them to friends. (I’m seldom touched so deeply by a magazine article.)
The essay and Dr. Frankl, suggest that happiness is a fleeting present-tense prospect. We have no worry about our food supply, for example, so we eat and are happy in our eating. Then, comes a moment when our doctor explains that we have become obese and may suffer from severe arterial blockages at any moment. Suddenly, our happiness is converted into worry. Or we meet someone who makes us feel like we are smart and unique and handsome or beautiful; we spend ever-increasing time with this amazing being, until one day      we are met with “we have to talk”: “It’s not you, it’s me”; “We’re just too different”; “I realize I still love my ex-wife, boss, dog” (you fill in the blank), and happiness collapses into catastrophe.
Victor Frankl, while surviving Auschwitz, and the loss of his beloved wife and family, watched what was happening around him in the camp. In his book, he revealed that the survivors’ secret was not an ability to find happiness, but to find meaning. Those who felt that life still expected something from them, managed to keep going when others wasted away, fell mortally wounded under a Nazi boot, or threw themselves against the electrified fence surrounding them. One inmate was a scientist who wanted to finish writing his scientific findings, another man had a young child who would need her father when the war was over. “ . . .we had passed the stage of asking what was the meaning of life, . . . For us, the meaning of life embraced the wider cycles of life and death, of suffering and of dying.”
As we age in American culture of youth chauvinism (that’s my term), we find ourselves no longer part of the big spenders demographic‘in-crowd’. We see ourselves reflected less and less in Madison Avenue's high definition advertising mirrors. It’s pretty scary at first. I mean, they were the guys who defined what would make us happy throughout our youth, and now they seem not to care much if we’re happy or not. So the first thought is to keep ourselves young. We may run for a Botox injection, or a little nip and tuck. Then we feel “refreshed”, and that’s not a bad thing, but what’s beneath that? I mean, everyone’s in the same parade. If we don't look old today, we probably will one day in the not-too-distant future. And we’re all headed in the same direction, so everyone will have their moment of confrontation with the need for something beyond the sexy fashion show of pop culture. (And believe me, mass media is an insidious energy, it creeps into everyone’s life no matter how intellectual, pious, or non-urban one may live.)
Aging and happiness do not naturally go hand in hand. We have to redefine everything for ourselves. What does life expect of you? Happiness and deeper contentment will inevitably come from determining the deeper rhythm of meaning pulsing within.
My work on aging and self-identity is aimed at partnering with individuals in that search to find the deeper rhythm. The focus group I wrote about in the last blog was part of the beginning of this work. If you are interested in joining such a group, or doing some individual coaching around this or any topic, call me 510 530-4182. Let’s work together to explore the meaningful dimensions of your life. Let happiness be your path, not a destination.

*The painting in this post is titled "Sisters of Clouds", I painted it in 1994, as a memorial to my friend Ann Hawthorne.

Posted by Adriana Díaz at 3:10 PM No comments: