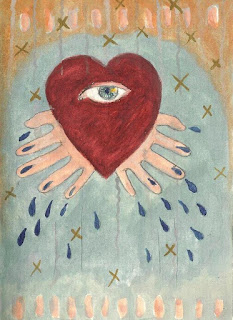 I am a Roman Catholic, at least that’s the discipline in which I grew up. And in that tradition we recognize martyrs, their sainthood stands as testimony to their bravery against villainy. Our Black brothers and sisters are nothing short of modern day martyrs, recent victims in a long history of African American martyrs whose lives were taken viciously, for no “good” reason. Why has this country endured the long and brutal subjugation of citizens whose progenitors were brought to this country under even more brutal and unjustified events?
At least now we seem to have come to the place in our history where those who ‘never give it a thought’ can no longer stand witness to this villainy. The American people are witnessing genocide and they cannot wash it out of their minds or conscience.
Just as women could not vote until men decided that we could, Black people will stop being brutalized when a white system stops brutalizing them. Days and nights of protests around the country are a powerful cease and desist order.
As a brown-skinned person I have known the sting of racism when it unexpectedly slapped my face. So I flinch every now and then, protecting myself in situations where I read a facial expression or catch a sideways glance. Maybe that’s why I have always embraced and celebrated the mosaic of people that make up this world. In a poem called Too Many Names, Pablo Neruda says “I know only the skin of the earth and I know it is without a name.” We are the human race, children of this beautiful and amazing planet. Let’s appreciate our differences as we value mountains from desert, river from ocean, and valley from seashore.
Posted by Adriana Díaz at 4:15 PM